Warning: mysql_real_escape_string(): A link to the server could not be established in /var/sites/f/freshandonpoint.com/public_html/wp-content/plugins/statpress/statpress.php on line 1197
 FreshAndOnPoint – Page 12 – Fresh And On Point

You are here: Home / FreshAndOnPoint

FROM HARLEM TO CHINA, LEBRON TO COACH K, HIGH SCHOOLERS TO H.O.R.S.E PLAYERS…”BASKETBALL NEVER STOPS” CELEBRATES ALL ATHLETES’ UNRELENTING PASSION AND DEDICATION TO THE GAME OF BASKETBALL

If this is some kind of joke, then — as a comedian — Chris Rock should know it’s not funny. The funnyman recently tweeted a link to an article about a possible comedy tour with Dave Chappelle, writing tersely, “Could happen…. ” Don’t tease us, Chris! Humor Mill says the two comics have been in New York prepping a show that, if it’s successful (and how would it not be), could lead to a full-blown tour. Nothing is confirmed yet, but this could be huge, don’t you think?

Chappelle has performed throughout 2011, but Rock hasn’t focussed on stand-up since his 2008 Emmy-winning HBO comedy special “Kill the Messenger.”

The two worked together in 2003, when Rock made a guest appearance on Chappelle’s Comedy Central sketch comedy series “Chappelle’s Show.”

This installment is literally a groundbreaker of an episode! SoulCulture went underground at the Old Vic tunnels in London, to catch up with the chart topping producer/songwriter/singer/label owner Labrinth, who just scored a number 2 chart position his latest single “Earthquake” before his Reebok live showcase and we brought along one of the greatest MCs the UK has to offer, Kano.

Wiley and Manga team up again to put out yet another track. ‘No Limits’ is produced by D.O.K and like the rest, is also available for free download.

Developed by Rockstar Vancouver, Max Payne 3 for PlayStation 3 tells the story of a retired police detective embroiled in a world of corruption, turmoil and intense violence.

The award-winning Max Payne franchise put players in the role of Max Payne, a hard-boiled New York City detective with a penchant for violence, out to avenge the death of his family. Max Payne 3 for PlayStation 3 delivers more of the classic elements and hyper-intense action that fans have come to love, while moving the story of Max in a new direction.

Since leaving the NYPD and New York itself behind, Max has drifted from bad to worse. In Max Payne 3 on PS3 , he is double-crossed and a long way from home, trapped in a city full of violence and bloodshed, using his weapons and instincts in a desperate search for the truth and a way out.

MILAN – Fashionistas and fashionistos alike are on hand to see the Cesare Paciotti presentation for his Spring/Summer 2012 collection of luxurious men’s shoes which include luxe fabrics, sparkly soles, and other unique patterns. “I would start with these British style shoes,” Cesare Paciotti says as he takes FashionTV on a tour of the exhibit, “They are classic, traditional shoes made though with alternative materials that give them an ethnic touch.” The shoes are personalized with studs, hyper colors, and a rock nuance. He also mixes different cultures as well as sophisticted and casual.. For example, he shows us a Texan men’s boot with embellished Swarovski crystals.

MILAN – Gold studs and grommets on white tops, bandeaus, and skirts make for a resort-inspired Italian and Mediterranean collection from Donatella Versace for the Versace Spring/Summer 2012 collection. It was the idea of scuba in a very neoprene and sophisticated sort of way. “Leave it to Donatella to take a different approach–a sexy approach,” quipped Ken Downing from Neiman Marcus. Models had straight hair that cascaded down their shoulders. Arizona Muse had hair extensions! According to Downing, Donatella loved the idea of the transparent heel as if one is walking on water! Sea shells and corals wear also emblazoned and printed on dresses and shorts.

Donaeo is back again with a new album called Indigo child.

A kingpin where all things UK dance are concerned, Donaeo (meaning Gift from God) has been a staple fixture on the underground since his anthemic debut ‘My Philosophy (Bounce)’, made when he was just 16, aired back in 2001. Regarded not just as a producer, his forays into singing, rapping and songwriting have gone on to shape the star that’s in many ways still yet to be fully revealed.

Born in Ghana where he lived for just a year, 20-something Donaeo is actually the guy you’re more likely to find locked in the studio when he’s not performing. While you may have thrown a hand in the air to more recent classics like ‘Party Hard’, ‘Devil In A Blue Dress’ and ‘African Warrior’, you may not know his co-writing credits include Yasmin ‘On My Own’, Mz Bratt ‘Selecta’ and Ms Dynamite ‘What You Talking About?’ He also penned the theme tune for the final series of Channel 4’s Dubplate Drama alongside Wretch32. Other standout moments include his recent feature on the haunting Breakage cut ‘Speechless’ and Shy FX’s ‘Raver’ with Kano and Roses Gabor.

It’s a far cry from his early career, where in the 00’s Donaeo signed to Sticky’s ‘Social Circles’ record label at 17-years old – it was supposed to be the beginning of a much-expected solo career. But with label politics leading to a falling out with the bosses, Donaeo found himself stuck in a deal that he couldn’t get out of and was left in a position with very few options.

As a result, aged 23, in a bid to work out his next move, Donaeo decided to take a break from music, flitting between various retail jobs (“Cash Converters was the worst”) and a stint at a marketing company where ironically enough he worked alongside the then unknown Taio Cruz. By 2008 Donaeo decided the time was right to return and his independently released debut album Party Hard ensued the following year. Turning a hand to promoting too, in 2010 alongside Ctrl.Alt.Shift and a slew of acts, Donaeo helped raise over £3,000 for the Haiti emergency appeal.

Preferring to work from his home studio, which suits his ADHD-related tendencies that have inspired the workings of his new material, he still credits his best ideas to those he conjures up riding on a bus or train. Now, after two years since his last LP, Donaeo’s preparing the release of two new albums in the next year. This summers release, Indigo Child, a title that doubles up as pseudoscientific label given to those who are claimed to possess special or unusual traits or abilities, will be a free giveaway for fans.

“Last year I feel like I found myself and it’s kind of like this; you can look at ADHD in two ways… You can take pills for it or be an Indigo Child. The only difference between me and someone else is that I’ve got a lot of excess energy but I’ve found a way to channel it. I’m about dance music and this album is definitely that.” Donaeo

The recently released lead track ‘Swagger’ is in keeping with mixing the old with the new, channeling inspiration from the likes of The Prodigy, James Brown, Frank Ocean and Shy FX, where song writing is concerned you’ll find Donaeo also nodding towards The Script and Coldplay. Despite nailing a lauded Talib Kwali feature on the forthcoming ‘Honey’, Donaeo’s unique formula continues to encapsulate everything that’s good about the broadened British soundscapes in 2011.

A follow up album, which will get a full release, will be out in Spring 2012 and will feature collaborations with Shy FX, Breakage and more.

This is definitely FreshAndOnPoint and a perfect pick me for the cold autumn here in London.

Get you free download today right now from  http://www.donaeo.com/

We are holding an exclusive Launch Party and series of Launch Events on 11th November 2011.

Get all the details and find out the facts here:

This is combination with other global activities, events and movements.

We are currently reviewing Djs, musicians, dancers, performers, and others who want to contribute, participate and make this the best possible event and benefit themselves from association and support with FreshAndOnPoint and our partners. 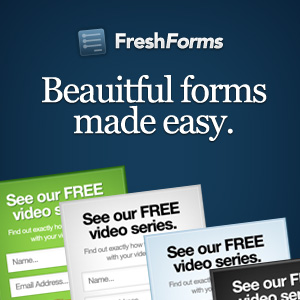